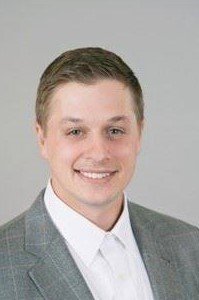 Joe Calentino was born and raised in San Francisco, spending much of his after-school hours at his grandfather’s law firm. His grandfather, Joe R. McCray, had a reputation for taking on General Motors in court, and winning. Specifically, regarding the saddle bag fuel tanks on the late 1970s Chevy pickups. In fact, one of the most notable cases against GM resulted in a $10 million settlement. During this case, Joe McCray met Jack Meligan (Founder of Settlement Professionals, Inc.) for the first time.

While this case was going on, Joe (at 10 years old) sat with the claimant, a child of the same age, and kept him company. A large portion of the boy’s body had burns. He also went through a tremendous ordeal losing two of his close family members in the accident. For Joe, this case brought a real appreciation and understanding about the importance of Jack and his grandfather’s work.

Joe went on to study political science at Arizona State University. During his time in Arizona, he spent eight years working for Chase Bank. Meanwhile, acquiring a series 6, 63 and life insurance licenses. While at Chase Bank, Joe worked under one of the region’s highest producing financial advisors, helping to bring in new clients.

After one too many years under the Arizona sun, Joe decided to move to Portland, Oregon closer to family. He now lives on Sauvie Island, (predominately farming country, northwest of Portland) near his grandparents. Shortly after moving to Oregon in 2017, Joe met Jack Meligan again.  After meeting with Jack, Joe was compelled to join SPI in their efforts of aiding trial attorneys, like his grandfather, in the settlement planning industry for claimants.

"...best benefits your clients..." “Settlement Professionals Inc. is the best in the business. Jack and his team will truly give...

"...best benefits your clients..." “Settlement Professionals Inc. is the best in the business. Jack and his team will truly give the advice that best benefits your clients, often to their own economic detriment. They truly care. All that said, Jack needs to work on his slice — it’s atrocious!”
http://www.settlepro.com/testimonials/best-benefits-your-clients/

"...stand alone in settlement planning..." “Jack Meligan and his fellow professionals at SPI stand alone in settlement planning and structuring settlement dollars for my clients. They work with plaintiffs and plaintiffs only and have been leaders in advancing the art and providing protection for those who need it most. SPI has my unqualified recommendations and endorsement.”
http://www.settlepro.com/testimonials/stand-alone-in-settlement-planning/

"He always listened..." "Jack Meligan and his office staff were very professional, knowledgeable, compassionate and helpful. All of my options...

"He always listened..." "Jack Meligan and his office staff were very professional, knowledgeable, compassionate and helpful. All of my options were thoroughly explained. A lot of time and effort was put into ensuring adequate funding for my daughter’s college education. Jack Meligan was always available when he was needed. He always listened, was supportive and understood.”
http://www.settlepro.com/testimonials/he-always-listened/
0
Settlement Professionals Inc.