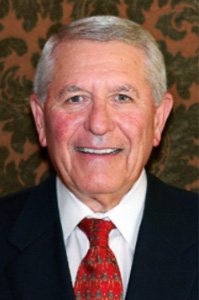 Charles E. LeDoyen is a 38-year veteran of the insurance industry. Specifically, twenty-six of those years were in the structured settlement annuity industry. Primarily, on the insurance company side.

Charles began his career as a CPA auditing life insurance companies and banks. After that, he served as CFO to two large life insurance and annuity companies and took over the reins of three structured settlement divisions, two of which he established as startups.  Charles was also instrumental in changing the structured settlement industry from defense-centric to one that includes plaintiff representation.  Since 2006, he has developed his skills as a plaintiff settlement planner and is currently focused on protecting plaintiff’s rights under Medicare, Medicaid and ERISA.

As president of SPI, his responsibilities also include daily corporate administration, national marketing/advertising, and the execution of SPI’s business plan. Specifically, one that calls for the recruiting and addition of up to 80 new SPI offices over the next five years.

Charles and his wife Katherine live near Charleston, South Carolina with their three children.

"...best benefits your clients..." “Settlement Professionals Inc. is the best in the business. Jack and his team will truly give...

"...best benefits your clients..." “Settlement Professionals Inc. is the best in the business. Jack and his team will truly give the advice that best benefits your clients, often to their own economic detriment. They truly care. All that said, Jack needs to work on his slice — it’s atrocious!”
http://www.settlepro.com/testimonials/best-benefits-your-clients/

"...stand alone in settlement planning..." “Jack Meligan and his fellow professionals at SPI stand alone in settlement planning and structuring settlement dollars for my clients. They work with plaintiffs and plaintiffs only and have been leaders in advancing the art and providing protection for those who need it most. SPI has my unqualified recommendations and endorsement.”
http://www.settlepro.com/testimonials/stand-alone-in-settlement-planning/

"He always listened..." "Jack Meligan and his office staff were very professional, knowledgeable, compassionate and helpful. All of my options...

"He always listened..." "Jack Meligan and his office staff were very professional, knowledgeable, compassionate and helpful. All of my options were thoroughly explained. A lot of time and effort was put into ensuring adequate funding for my daughter’s college education. Jack Meligan was always available when he was needed. He always listened, was supportive and understood.”
http://www.settlepro.com/testimonials/he-always-listened/
0
Settlement Professionals Inc.